Small Congregations are the Backbone of the American Church

That’s Why We Do What We Do

Roughly 95% of American churches have less than 500 attendees, but these churches face a critical lack of resources.  While large churches can afford big staff, specialized coaching, and cutting-edge technology, smaller churches often struggle to find resources that are practical, applicable, and affordable. That’s where we come in.

95Network was founded in 2016 by Jim Powell, Pastor of Richwoods Christian Church in Peoria, IL. Tired of seeing small churches struggle, Powell wanted his nonprofit to equip church leaders with the knowledge and resources they needed for practical ministry.

Today, with Dale Sellers at the helm, 95Network has grown to include churches all across the United States. We connect churches to health-building resources from coaching and consulting to curated content and issue-specific conferences. We love our network, and we love watching as God grows his church into another generation.

LEARN MORE ABOUT HOW WE HELP 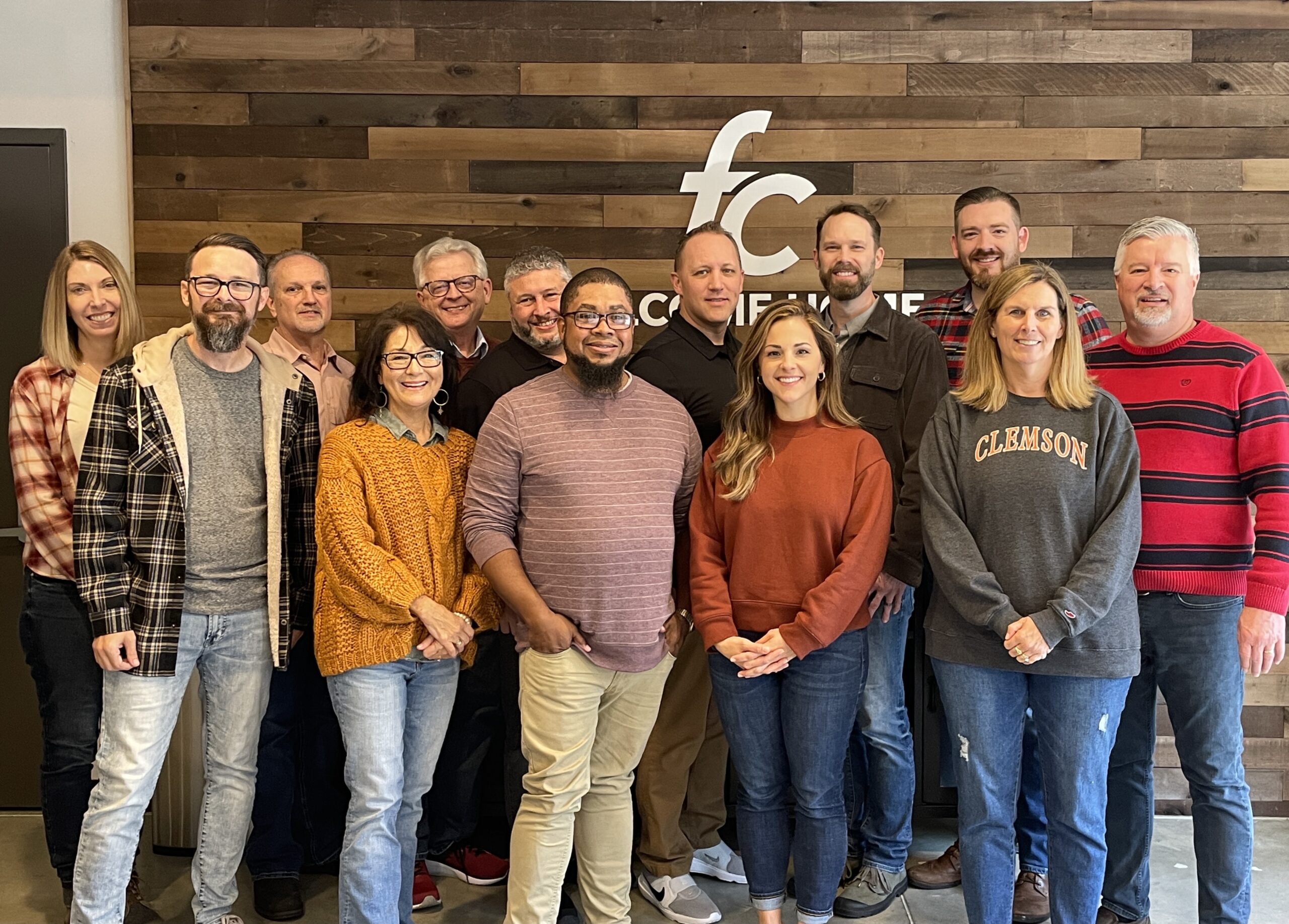 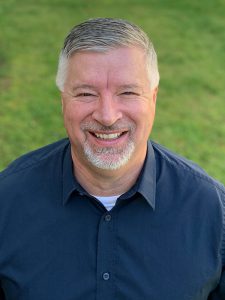 Dale is a man with a powerful calling to help weary and worn pastors and church leaders.

He has been in ministry for  40 years. He launched Dale Sellers Leadership, Inc. in March 2014 to assist organizations in the areas of leadership, inspiration, and evangelism. Dale became a ministry consultant for The Unstuck Group in April 2017 with a focus on helping the small church. In July 2018, he accepted the position as the Executive Director of 95Network, and in September of 2020, he published his first book Stalled: Hope and Help for Pastor’s Who Thought They’d Be There by Now. His years of ministry have grown a deep love for small and midsize congregations — the backbone of the American church. He believes in the mission of 95Network, not only because it equips small churches to thrive, but also because it connects weary church leaders with friends and partners who care.

Dale and his wife Gina have been married 39 years, have three daughters, two sons-in-law, and two awesome grandchildren! 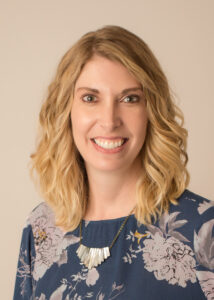 With a life mission to empower others for transformational ministry, Suzi’s 25+ years of experience in church ministry, discipleship, and nonprofit leadership help her invest in people and organizations for God-sized missions. She specializes in nonprofit organizational systems, operations, funding development, and people-centered communications/marketing. Suzi has also coached churches and nonprofits toward organizational health and greater capacity for growth and outreach.

Suzi and her husband Tom (lead pastor at Iowa City Church) are parents to adult children, Alex and Samantha, and they all love to experience God through the hills, valleys, lakes, and mountains across the country in their adventures. 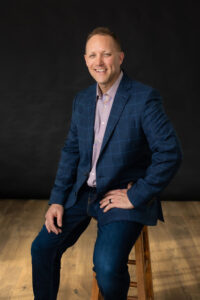 With over 20 years in pastoral ministry, Jon has a passion for using his voice to motivate and inspire leaders in ministry and business through his professional coaching, speaking and podcasting platforms. Jon is the co-host of the EntrePastors Podcast that serves pastors by helping them think, act and thrive as prosperous entrepreneurs. Jon serves as the Director of Coaching as well as a conference facilitator for the 95Network. In addition to his passion for church leaders, Jon also works as a full-time firefighter/EMT for Sioux Falls Fire Rescue in Sioux Falls, SD.

Jon has been married to Jessica for 24+ years and is father to Justin, Jennifer, and James. 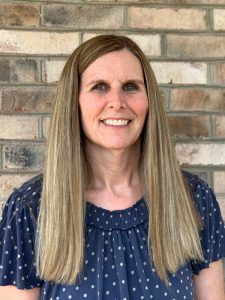 Stephanie has over 35 years of experience in banking, finance, corporate management, and ministry. Serving as the Director of Outreach for 10 years at a church in Indiana, Stephanie is passionate about helping churches pursue their mission with intention.

She and her husband, Sam, currently reside in South Carolina and have 2 college-age daughters. 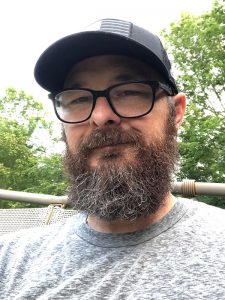 Travis is the Vice President for Church Health of the General Baptist denomination. Prior to his current denominational role, he served as Executive Pastor of Strong Tower Church in the small town of Westmoreland, Tennessee. In his twelve years on staff at Strong Tower Church, he led through building campaigns, the launch of a second campus, and multiple transitions from style of worship to church governance and most everything in between. He now shares his experience with churches and pastors through blogging, coaching, and consulting.

Travis currently lives in Westmoreland, TN with his wife Samantha, and their two daughters, Layla and Presley. 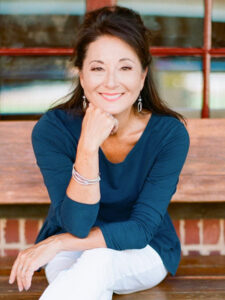 Mary Ann was 40 years old before someone invited her to church. Up until then, she worked in finance and banking in corporate America. Meeting Jesus, in a small local church of maybe 200 people, changed everything.

She was invited to join a church staff as the Project Manager for an 89,000 square foot church building; overseeing its design, construction, and budget. With the five-year construction project complete, she was given the opportunity to lead a new volunteer ministry, focusing on Guest Services. For a decade, Mary Ann developed a volunteer ministry that grew from 30 volunteers to over 800 volunteers.

Mary Ann and her husband, Dean, live in Greenville, SC. She has two sons, Alex and Jackson, a wonderful daughter-in-law, Adrienne, who is married to Jackson and their first grandson, Stone.
Email: MaryAnn@95Network.org 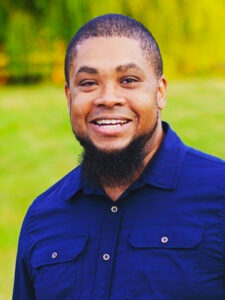 Brent has a deep commitment to ministry and helping churches thrive. Over the course of 21 years, he has gained experience as a pastor and ministry leader. Growing up in the church and a pastor’s home, Brent has navigated through the broad range of challenges that accompany ministry. Currently, Brent is the Director of Business Development in Ministry Relations at LOGOS Bible Software. Additionally, he serves ministries and organizations in leadership, inspiration, and vision casting. Brent has a wide variety of experience helping churches and denominations through his consulting expertise.

Brent is married to Christine and has four children: Zea, Noah, Malachi, and Gianna. As a family, they enjoy searching beaches for sea glass, outdoor adventures, and board games. 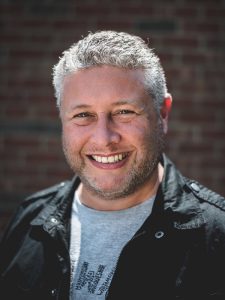 Jason is the Spiritual Formation Pastor at Press Church in Columbus, Ohio, and the Director Of Church Strengthening for Converge MidAtlantic. As a pastor who has served churches of 45 to 2500 attendees, Jason finds fulfillment in helping pastors and churches clarify their mission and vision within their unique cultural context. Having led a church through two mergers to a multi-site context, Jason understands the complexity of ministry and loves helping leaders navigate today’s challenges.  His work with Converge MidAtlantic involves training and deploying coaches, as well as helping churches and pastors through crisis and transitions.

Jason has been married to Christan for 27+ years. He is the father of Madeline and Macy, father-in-law to Logan, and grandfather to two wonderful grandchildren.

Jesse is an Atlanta-based craftsman at heart who brings stories to life through writing, speaking, coaching, and teaching. A bit of a Renaissance man, he is equally comfortable swinging a hammer or weaving words into messages that teach, transform, and encourage.

Above all, his heart is to use his spiritual gifts and talents to serve those who have a message to share, and to help them multiply the reach, effectiveness, and power of that message. As Digital Discipleship Coach with 95Network, he helps pastors get more mileage from their message by learning how to utilize the digital space to grow their church community.

His greatest joy, though, is spending time laughing and creating memories with his wife Becca, college-age daughter Julia, and high-school age son Joel. 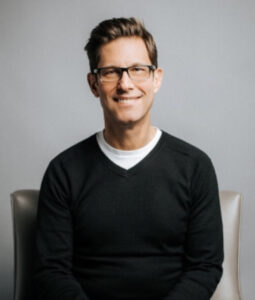 Greg graduated with a B.S. in Business from Eastern Illinois University and an M.B.A. from Lewis University. While pursuing a career, raising a family, and serving as a lay leader in his church, he began attending Michigan Theological Seminary (now Moody Seminary) where he earned his Master of Divinity.

In 2002, after 22 years in the corporate world, Greg answered the call to full-time ministry and left his career to become the small groups pastor at a church in metro Detroit where he had the opportunity to build a small group ministry from scratch and see it grow over his 13 year tenure to include thousands of people being led by hundreds of small group leaders. As the ministry grew, he added and led a team of community pastors who were responsible for shepherding volunteers who led small groups, coordinated care, and planned and implemented outreach opportunities specific to their communities. Also, during that time, he initiated a discipleship program and had the joy of leading multiple teams to serve in short-term missions in Zambia.

Most recently, Greg served six years as an executive pastor at a church located in suburban Indianapolis where he focused on putting the right strategies, people, plans, processes, and systems in place to accomplish the vision of the church while at the same time shepherding the staff. Additionally, he had the challenging opportunity to help transition the church to a new lead pastor following the retirement of the beloved lead pastor who had been at the helm for 31 years.

Greg is passionate about coming alongside the local church at large to help it revitalize, move forward, gain momentum, and thrive despite the challenges of today’s world. He and his wife, Paula, currently live in Avon, Indiana. Together they have raised three children and love spending time with their seven grandchildren. Greg enjoys drinking exorbitant amounts of coffee, rooting for Chicago sports teams, and running multiple miles to unwind, process, and pray. 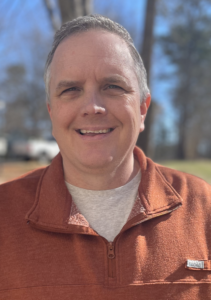 Kevin has served in ministry for over 25 years. Starting in youth ministry, he saw how technology can help the church share the gospel. He loves to help churches use technology to enhance their message. He currently works as the audio director for Clemson University athletics.

He lives in South Carolina with his wife, Katie, and their two children, Gracie and Seth. 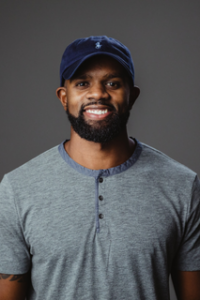 Hykeng is a pastor at NewSpring Church serving as the Unity & Diversity Director.

Hykeng has been married to his wife, Corinne for 8 years and have 2 beautiful children: Prince and Ava. For the past 10 years, Hykeng has been a pastor with student ministry and adult discipleship. 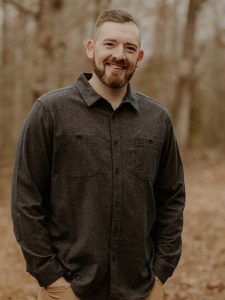 Joseph has been involved in ministry by serving on staff at small to midsize churches for over 15 years. He is passionate about seeing churches strategize, plan, grow, and reach their greatest potential in a healthy manner. Over the last several years Joseph and his family served overseas, planted a church, and oversaw over 140 churches/pastors. Recently their family was called back to the United States from Honduras to serve as the campus pastor at a new church plant. Joseph is actively involved in coaching pastors and leaders to reach their goals.

Joseph and his wife, Rebecca have three children and currently reside in South Carolina. 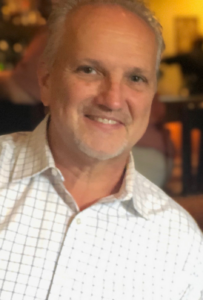 Bobby is the Founder and Lead Pastor of RiverPoint Church in Pelham, AL. Since its launch in 2003, he has led the church through a relocation, a successful merger, and two building programs not to mention the countless lives and families he has seen God change.

His numerous years of ministry experience, coupled with his business experience in sales, and as a small business owner, have enabled him also to help others in their leadership development. Ordained with the Assemblies of God in 1984, he is a member of the John Maxwell Team and is an energetic speaker and inspiring writer. He enjoys spending time with his wife, Donna, of 37+ years and has three daughters who are married and have blessed him with six grandchildren. 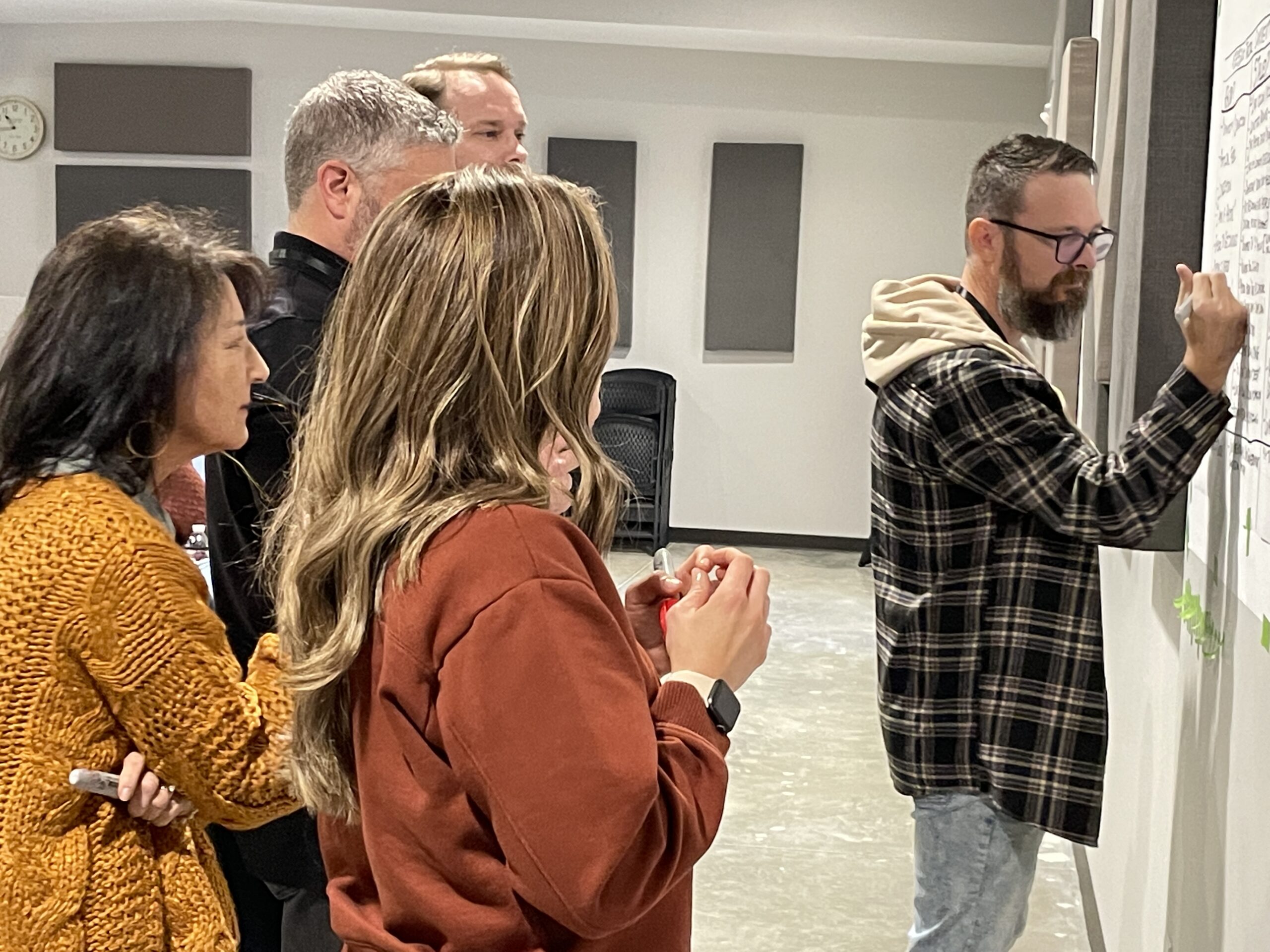 Ready to work with a team dedicated to your church?

Reach out — we’ll be in touch very soon.