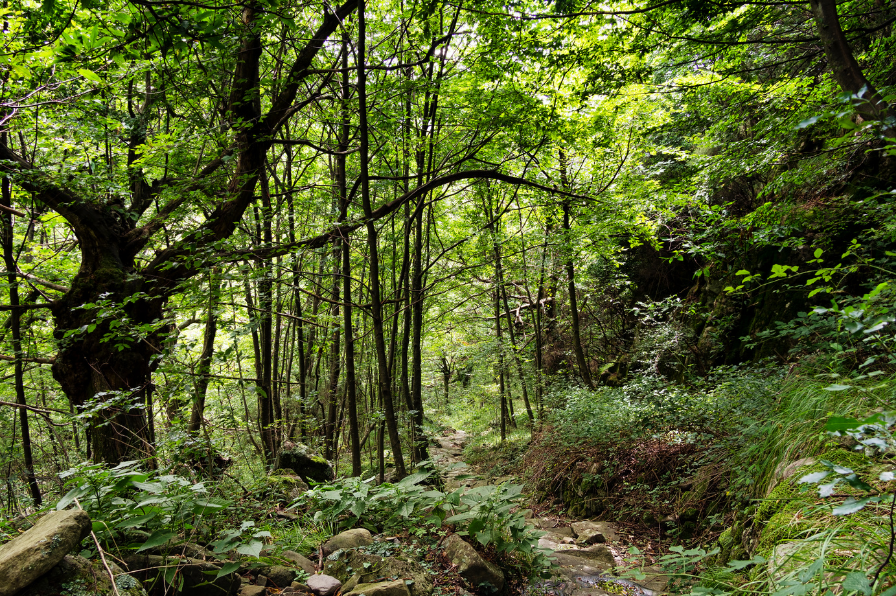 And sorry I could not travel both

And be one traveler, long I stood

And looked down one as far as I could

To where it bent in the undergrowth;

Then took the other, as just as fair,

And having perhaps the better claim,

Because it was grassy and wanted wear;

Though as for that the passing there

Had worn them really about the same,

And both that morning equally lay

In leaves no step had trodden black.

Oh, I kept the first for another day!

Yet knowing how way leads on to way,

I doubted if I should ever come back.

I shall be telling this with a sigh

Two roads diverged in a wood, and I—

I took the one less traveled by,

And that has made all the difference.

The Road Not Taken by Robert Frost

I’m sure that you probably read this familiar poem in high school English class. I did, too. And to be honest, it didn’t really impact me as a teenager because I hadn’t yet come to many crossroads in my life. However, the poem’s message has spoken to me time and again over the past forty years of ministry as I’ve had to make tough decisions and deal with challenging situations.

When we can choose our own way, it’s human nature to want to take the easier path because it’s just that—easier. As we process our decisions, we often make assumptions about what the “normal” route will be like versus the “unknown” route.

1 – Everybody’s taking it. It’s only natural to think the path the majority of people choose is the best. After all, if everybody’s choosing it, what could go wrong?

2 – It’s the safest. It makes sense that the well-worn path should be the safest path for the journey.

3 – It must lead to success. Again, if everyone is traveling down this route, it must be the option that leads to success. Why would so many people choose it if not?

1 – It might lead to failure. Taking a route that we assume no one else has ever taken brings the fear of failure front and center. We tend to ask ourselves in this situation, “Is going down this path really worth the risk?”

2 – It’s going to be challenging. I can say with certainty this isn’t just an assumption; it’s a reality! Taking the less-traveled route will present a lot of barriers, blockades, and blindsiding experiences.

3 – No one has ever been down the road before. There’s a belief that going this way requires a pioneering spirit. This assumption may be where we get it wrong most often. Choosing this path indeed requires the willingness to try something new. However, it’s a miscalculation to predetermine that no one has ever gone down it before.

Crisis at the Crossroads

Our churches are at a pivotal point in history. Although the results of the pandemic have certainly sped things up, the reality is that we were already desperately needing to take inventory of our effectiveness (I discussed this in my 7 Years In 7 Weeks: The Importance of Casting Vision For Your Church blog post).

As leaders, we’re having to come to grips with declining church attendance when it seems like the numbers at every other social gathering are on the upswing. We can’t ignore the lackluster approach that many of our members have taken to consistently attending church. We also have to consider the possibility that a lack of engagement on our part has resulted in a weakened connection with our communities.

Let me make this abundantly clear. I do not believe the Church of Jesus Christ is in decline or in some way becoming irrelevant.

Let me make this abundantly clear. I do not believe the Church of Jesus Christ is in decline or in some way becoming irrelevant. Actually, I’m confident that the opposite is true. More than ever, people in society are urgently seeking to know their purpose and to fill the void that secular humanism has left them with. This is especially true among younger generations. They’ve grown up in a world of technology and social media that has filled their minds with everything while leaving their hearts empty and in search of authenticity, meaningful relationships, and fulfillment.

We should all be filled with expectant hope that Jesus is going to use our ministries in a greater way than we’ve ever experienced. The Scriptural truth that “today is the day of salvation” directly speaks to what our society needs the most. However, how we communicate this wonderful truth has to change. The message never changes, but the methods have to.

As I stated, it’s human behavior to take the easiest path when given the opportunity to choose. In our Small Church Strategy #5 – Becoming A Hybrid Church, I refer to this as relying on your normal default. Often, we rely on our normal default because:

2 – The default is predictable.

But what if Jesus wants to take you on a journey down the road less traveled? What if He’s calling you to reject your default and to follow Him into a new way of communicating the Gospel? What if Jesus is asking you to trust Him as He leads you down a narrow path that ushers you into an abundant harvest?

I realize this passage is specifically talking about choosing to follow Jesus. However, I believe it’s fair to think that He would ask us to choose the narrow path in changing our approach to ministry and outreach.

I’m sure some of you who are reading this article are offended that I’m suggesting that your way of doing ministry over the years needs to change. I can assure you that I’m not trying to offend. My hope is that, with honesty and humility, you’ll be open to examining the possibility that you might need to update your approach. If not, you certainly have the right to continue doing what you’ve always done.

Which Path will you Choose?

Years ago, a friend named Dale Gilbert released a series of short inspirational spots on our local radio station. While several of these spots stuck with me, he did one that I’ll never forget. It featured an exchange between two fishermen, and here’s how it went:

A seasoned fisherman had fished all day without getting a single bite. As he’s walking back upstream to head home, he encounters another fisherman that has a stringer full of fish. In amazement, the first fisherman asks, “Hey, buddy! What are you using to catch all of those fish?” The other fisherman shows him a new lure and states, “I’ve been using this new lure that just came out. It’s amazing! The fish seem to love it.”

Maybe you feel like the fish aren’t biting. Changing our approach to how we do ministry can cause us to dig in our heels because of the fear of change. But what if Jesus is asking you to take a fresh approach to how you communicate the Gospel? What if He wants you to take advantage of things like the internet, updating your facilities, or involving young people in your service?

As you view the crossroads before you, would you have more confidence if someone had gone before you and been successful? I believe that Jesus is standing at the entrance of the road less traveled, inviting you and me to walk in step with Him on the most exciting ministry journey we’ve ever been on. He’s not asking us to do ministry for Him. He desires that we do ministry from Him.

Be sure to stop by our 95Network.org/online store to find helpful resources designed to encourage and strengthen your ministry leadership. 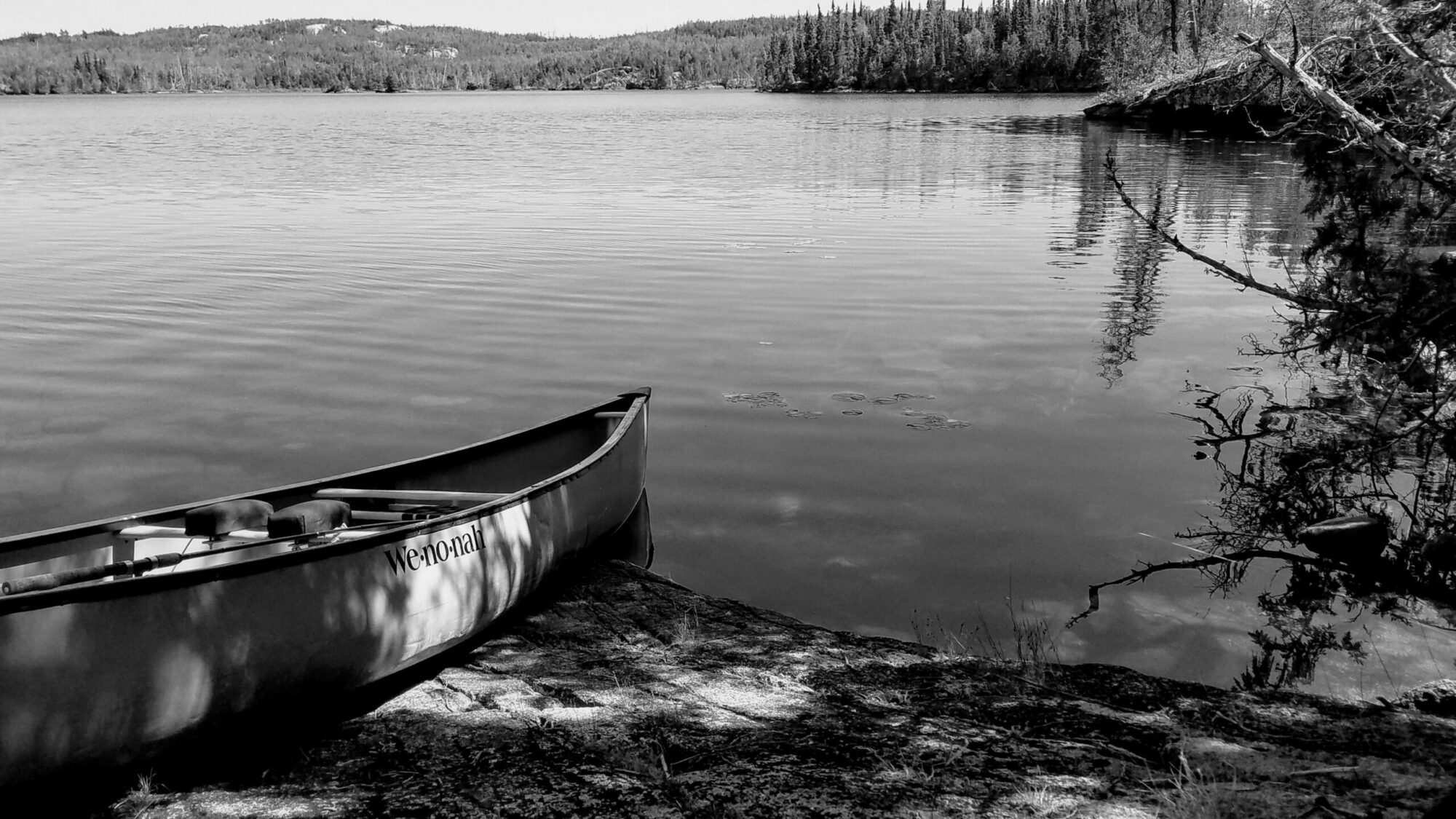 Leading a World in Crisis: Lessons From a Near-Death Experience

If I Only Had 10 Minutes With Your Church, Here’s What I’d Say…

Addressing The Slow Fades of Marriage in Ministry

[VIDEO] Defining and Developing a Discipleship Path in a Small Church