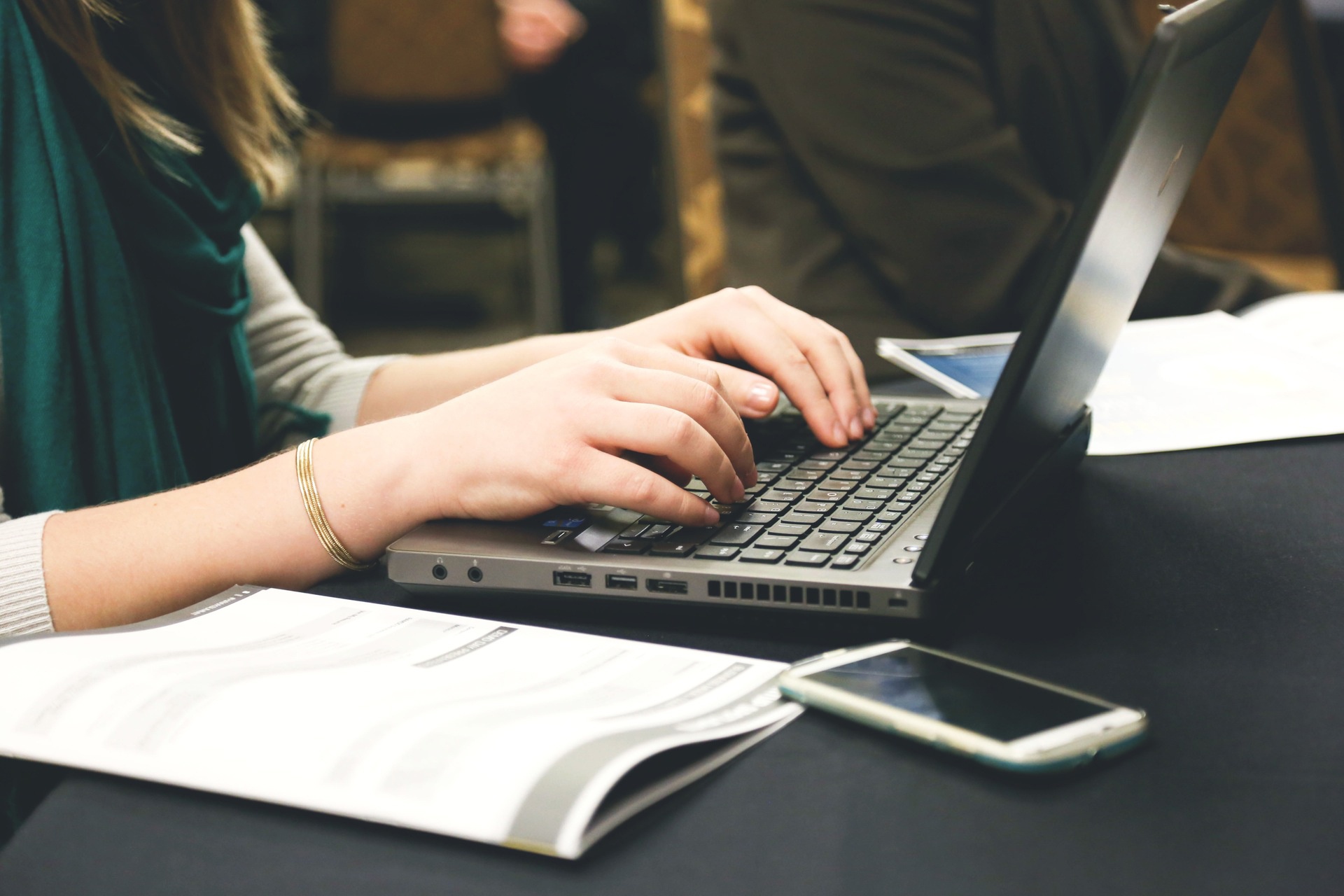 Throughout high school and college, school always came easy to me.

(You may already be thinking, why are we talking about school on a church leadership blog?, but stick with me.)

School came easy, and honestly, I got bored. I could score an A on a paper without trying that hard, but I hated the process and the rules I had to follow. I could ace a midterm without studying for hours, but I didn't internalize the information; I just understood how tests worked.

Ok Austin, good for you. What's the point?

When I was in high school, I used to complain to my parents all the time about assignments I was given. I'd be writing a paper, say all I needed to say to answer the prompt I was given, but still be short by 300 words of the "minimum requirement." It drove me crazy that I had to add a bunch of stuff to my writing just to fulfill a silly requirement.

As I was frustratedly writing one of those papers, my mom shared some advice to me. She said, "Austin, school comes easy to you. But you need to learn how to play the game. It's not fun, but you have to learn to play the game of school to move forward."

It really was great advice that got me through school, but it also led to an internalization of an unintended message: I know better than the system.

You see, church came easy to me, too. I had led worship and developed teams since I was 13 years old. By the time I was a sophomore in high school, I could throw a powerful, meaningful service together in 5 minutes once I heard the sermon topic. But it wasn't too long before I was just "playing the game."

Outwardly I was successful in the eyes of others and the eyes of the "system." But inwardly I was developing a dangerous mix of cynicism and pride that I'd still be struggling to shake more than 10 years later.

And maybe you can relate.

As I've examined my own life and cynicism over the years, I've come to realize 6 lies I've told myself about ministry that I have to intentionally combat. Maybe you see some of these in your own leadership:

Let's just cut right to the chase. When cynicism rises up within us, we allow the lie to settle in our hearts that we know better than everyone else. We might start to think, everyone else is just going along with the ineffectiveness and the broken system. They don't even see it. If only they knew what we knew, they wouldn't be so misguided.

We can blame it on cynicism, and a number of other things, but that's pride. Plain and simple.

Sure, there are many times as a leader that we have to see what could be and lead our people to something better. But when we operate as a leader out of the belief that we're the "savior" because we have more to offer than everyone else, we are leading from an unhealthy place.

Whew! Just writing this one hurts a little bit. But it's something so many of us need to be honest about.

When we've led for a long time in any capacity, we become really attached to that role. We like the way people see us. We feed off the responsibility each and every week. And we love being able to consistently influence people's lives.

Here's one more reason I'm including this point to an audience of leaders: Many pastors aren't seen as leaders by their congregation. And every leader will at some point be in a situation where we don't feel respected or heard. If we don't recognize that we believe this lie, we'll either quit or become emotionally drained every time we start to feel insecure regarding how others view us.

As a result, cynicism and insecurity work in tandem to cement the perspective that we're purposeless if we're not the one leading.

Lie #3: The approval of others trumps the state of my heart.

Can I be honest? It amazes me how God has continued to use my life even during my most broken seasons. I mean, I've had to work through some serious crud within my heart and my leadership, but God never cast me aside because of that. We see that in the people He chooses to use throughout Scripture as well.

I look back on those seasons and I can see clearly how the grace of God was so heavy on me, allowing me to continue ministering despite my brokenness. But in the midst of those seasons, it became too easy to internalize the lie that the state of my heart didn't actually matter.

But the truth is that the approval of others is never an excuse for the poor state of our heart. Jesus said it himself: "Blessed are the pure in heart, for they shall see God." (Mt. 5:8)

In life, when something becomes routine, it can be really hard to keep it fresh. We get into maintenance mode instead of seeking growth (in ourselves and in our ministry) or pursuing a new vision.

I think this one applies to where a lot of us are at.

If we're honest, we look a lot like we did years ago. And our churches do, too.

We would never say out loud that we don't think we need to invest much energy into our ministry, our families, our messages, etc. But internally we tell ourselves that when we perpetuate ineffectiveness, habits, and old systems purely because we're used to them.

Growth isn't usually comfortable. If we feel comfortable with where we're at for too long, it's likely a sign that we've been stagnant for longer than we should have been.

Lie #5: My performance dictates my value.

In Dale's new book Stalled, he calls this approval addiction, saying, "Ministry was never meant to be a journey to find approval. It's actually meant to be spent showing others what it means to be approved."

This ties in with the third lie, but so many of us as leaders are so obsessed with performance. We wouldn't say we are. But in the end, our leadership is boiled down to showing people we do the right things in our life (we're "spiritual" enough), defining our success by the level of validation we receive (approval), and basing our self-worth on what we accomplish in life (numbers).

Don't miss this: God doesn't determine your value by what you accomplish for Him.

Let's stop just preaching about grace, and allow ourselves to experience it.

And finally, this is true in my story, and I imagine it feels true at some level for you.

But throughout my journey, I started to internalize the perspective that the purpose of the Church is to win a "game" rather than win a battle.

And that battle is a battle for souls. For eternities. For the purpose-driven life that can only be experienced through Jesus.

When we let preferences dictate our decisions, we're playing the game.

When we let vision and the calling of God dictate our decisions, we're fighting the battle.

When we hold on to ineffectiveness because it's comfortable, we're playing the game.

When we lead hard but necessary changes, we're fighting the battle.

When we go through the motions of a Sunday because that's what we're expected to do, we're playing the game.

When we say the hard things, try new methods, and rock the boat of our congregation's current comfort, we're fighting the battle.

Cynicism is a dangerous companion.

What about you? How has cynicism affected your leadership? Let me know in the comments below or over on social media!

Dig Past the Surface-Level

"[Stalled] is not about how to move a stalled church forward. It is about jump-starting a stalled pastor by dealing with the internal challenges a pastor faces like identity and purpose. Through sharing some of his own difficult stories of failure and fear, Dale encourages pastors to change how we think about ourselves, talk to ourselves, and understand failure and success. "

This is what one pastor shared after reading Stalled: Hope and Help for Pastors Who Thought They'd Be There By Now. Cynicism, insecurity, discouragement, and disappointment are no strangers to church leaders. But left alone, these things lead to burnout, anger, isolation, and hopelessness.

Ministry often looks different than we thought it would. And sometimes we need to be willing to speak those disappointments rather than internalize them.

Especially in such a difficult season, I encourage you to grab a copy of Stalled if you haven't yet. Take a breath of fresh air, come up from the deep waters of ministry today, and let Dale speak directly to the health of your soul.

Austin is the Managing Director here at 95Network. From Normal, IL, Austin gets that ministry can sometimes feel anything but “normal.” He grew up leading in the small church his dad pastored, and has since served on the launch teams for two church plants. He holds a Communications degree from Moody Bible Institute and is passionate about seeing churches grow healthier and make a difference in their communities. Austin and his wife, Larisa, reside near Peoria, IL.

Dillon Smith on Digital Effectiveness, Building Trust with Gen Z, and Working for Carey Nieuwhof - Episode 57
You Are Not the Exception: When Pastors Fall - Episode 56
Derwin Gray on Real Success and the Coming Revival - Episode 55
"If Only...": A Denial, A Letdown, and A Long Walk on the Beach
Decision Fatigue, Pastoral Exhaustion, and the Role of Social Change (w/ Brian Weber) - Episode 54