Chosen . . . But Still A Work In Progress 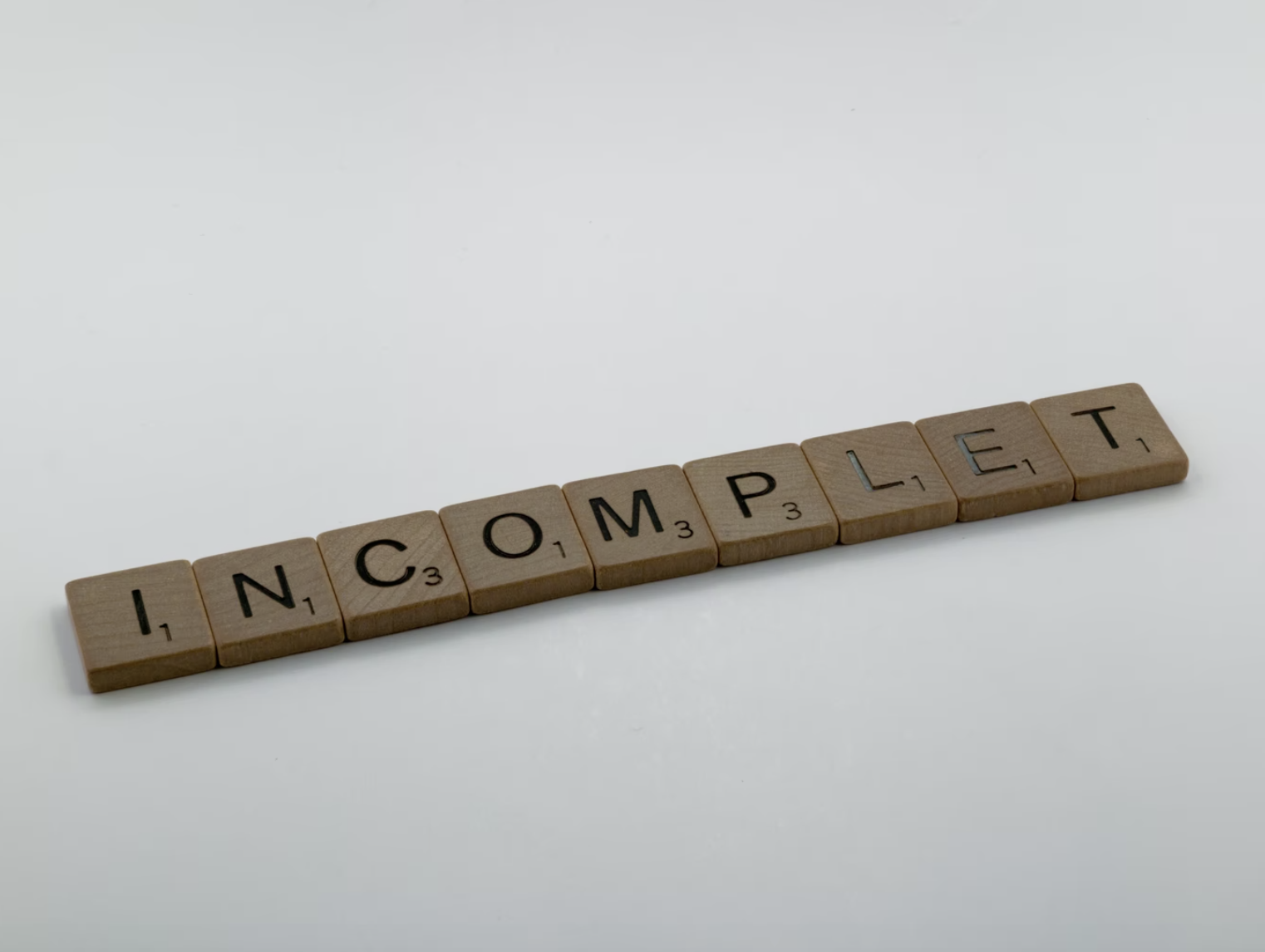 Chosen . . . But Still A Work In Progress

Gina and I have been watching a TV series called The Chosen lately. It’s loosely based on the disciples and their backstories as they were chosen to follow Jesus. I’ve enjoyed how it portrays most of the personalities of the disciples, in particular, Peter. On many levels, Peter has always been my ministry “soulmate.” I can relate to his boldness, which sometimes resulted in things turning out quite differently than he expected. As fellow soldiers in the ministry, you may also relate to some of Peter’s personality traits. With this in mind, I want to share a few thoughts with you about how we can rejoice that we, like Peter, are “chosen” even though we are still a “work in progress.”

If you read my book STALLED: Hope & Help For Pastors Who Thought They’d Be There By Now, you may remember that one of the most troublesome issues I faced as a young pastor was growing in my faith personally while still leading our congregation. This had a profound effect on me. Somewhere in my past, I developed the wrong concept that I was supposed to have my act completely together because I was the leader in the church. But in reality, I still had a great deal of growing to do. The pressure I lived under each day was brutal because I often felt like the biggest hypocrite in our church.

While I don’t know what led Jesus to call Peter, I do know that He picked him for a reason to fulfill His purpose. Jesus knew from the beginning how He planned on using Peter’s life for His glory. The same can be said of you and me. We can wear ourselves out trying to understand why He chose us and miss the joy of understanding that He chose us. Just like Peter, Jesus sees something in us that we most likely don’t see in ourselves.

Early in my ministry, one of the greatest challenges for me to overcome was thinking I had some clue as to what Jesus had in mind when He first called me. If you’re like me, you probably had some preconceived notions when you accepted the call, too.

It’s natural to believe our experiences, upbringing, and traditions are the guardrails that guide us along the path of His choosing. But what if God has other plans in mind? What if He intends to use us to confront issues through our ministry that our predecessors have ignored or were unaware of? Is it possible Jesus wants to use your life experiences in one arena to prepare you to impact another arena? After all, Jesus did take Peter, someone who was an expert at catching fish, and taught him how to catch something much more valuable.

The tension comes as we begin to understand His ultimate plan for our life looks much different that what we imagined or dreamed.

I’m Not Who I Thought I Was

At no time in scripture does this tension become more blatantly obvious than in the courtyard on the night of Jesus’ arrest. Remember how Peter had declared earlier that evening that he would die for Jesus only to be told that he would actually deny him three times before the sun came up? Luke 22:60-62 reveals how, in the midst of all of the chaos taking place at this moment, Jesus actually makes eye contact with Peter after the third denial.

Have you ever thought about how Peter must have felt after this eye-to-eye encounter? Scripture says that he wept bitterly after he realized what he’d done. To make matters worse, this would be their last interaction while Jesus was alive. He was hanging on the cross the next day.

It’s reasonable to think that Peter’s next days were filled with regret and remorse. How could he have failed so miserably? How could he have lost his courage so easily? Would the Romans be coming after him now since he was a known associate of Jesus?

Then, as he’s still processing everything, he gets word that Jesus has risen from the dead. If I’m Peter, then I’m thinking Jesus is going to unload on me once I see Him again. After all, the Angel singled Peter out when he told the women at the empty tomb, “Tell his disciples and Peter that He is going on ahead of you to Galilee” (Mark 16:6-7, emphasis mine).

Tell His disciples and Peter. Ouch! It’s doubtful that any other human has ever felt more disappointment in themselves than Peter. However, maybe you’ve arrived at a place in ministry where you’re experiencing similar feelings of failure. Perhaps the recent effects of the pandemic have left you questioning your calling, your commitment, and your competency.

Jesus Knew Who You Were From The Beginning . . . And Still Chose You!

It’s possible Peter went back to fishing because he assumed the Lord couldn’t use him any longer. It’s natural for us to return to something familiar when what we’re pursuing is taken from us. However, I’m certain that while he was attempting to fish, he was reliving the night of his denial over and over again. Thankfully, things take a turn for Peter when Jesus shows up at the exact spot where they’re fishing. This encounter is almost identical to Peter’s original calling to follow Jesus.

After a few short pleasantries and breakfast, Jesus asks Peter to walk on the beach. Let’s listen in on their conversation. Actually, I want you to allow Jesus’ words of encouragement and restoration to Peter to also speak to your heart as you balance the tension between being a work in progress and being chosen.

“Simon, son of John, do you love me more than these?”

He then asked a second time, “Simon, son of John, do you love me?”

Then He said it a third time: “Simon, son of John, do you love me?”

Peter was upset that He asked for the third time, “Do you love me?” so he answered, “Master, you know everything there is to know. You’ve got to know that I love you.”

The true power of what takes place in this exchange is missed if you don’t distinguish between the words used for love by Jesus and Peter. Jesus uses the word agape, which means unconditional love, in His first two questions of Peter’s devotion to Him. But Peter uses the word phileo, meaning brotherly love, in his reply to Jesus. He knows there’s no way he can say he loves unconditionally with the denial still fresh in his mind.

The real breakthrough moment for Peter comes when Jesus asks, “do you love me?” a third time because He uses the word phileo instead of agape. This is what causes Peter to be upset in his response. “Master, you know everything there is to know. You’ve got to know that I love you.”

To me, this is the best “come to Jesus moment” in history! Peter is admitting that he isn’t as far along as he thought he was, and Jesus is helping Peter to see what He already knows. . . that he’s still a work in progress. By acknowledging Peter’s current level of love, Jesus is telling Peter that being a work in progress is alright. He’s still chosen. In fact, Jesus tells Peter that he will eventually die for him just like he so boldly declared the night of His arrest.

If the stress of not knowing what to do, or even knowing that you’ve made some wrong decisions in your leadership lately, is weighing you down, then it’s time for you to take a long walk with Jesus. Tell Him how you’re feeling about your life and ministry. He won’t be shocked by your admission. In fact, He already knows! Today, I’m praying that you’ll discover a newfound freedom that comes from understanding that it’s perfectly alright to be chosen and still be a work in progress.

95Network has planned a one-day conference featuring Bob Hamp and myself in Greenville, SC on Thursday/November 4. I hope you will make plans now to join us for the From STALLED To Freedom National Conference. You can view all of the details including hotel arrangements by clicking this link: National Conference Details.

Upcoming Events for Pastors: Will We Be in Your Area?

Preaching to Equip: The True Calling of Every Pastor

The Progressive Consequences of Refusing to Change

Revitalize vs. Relaunch: Why Nothing Will Change If You Don’t Change